This article was written by Tambari, a good friend of mine. Enjoy.
It is pidgin. It was a saying that started amongst my coursemates, when we where in final year. This came about when we returned from I.T and we saw that life wasn’t just bread and tea, it wasn’t just about tracking the ladies, or setting Ps, it wasn’t the way we saw it in India movies, it wasn’t just as easy as singing reggae music. So the saying started.Its just another way of saying Life isn’t a bed of roses. Sorry if it sounds strange, or awkward.

Life no be reggae so brothers and sisters you need to pray.

Why should i pray ?

1. You will agree that this life isn’t as easy as some of us had thought while we were back in school. You don’t need to do anything for you to be hated or have enemies. I remember while back in 100 level, when my mum was saying she saw it while praying that arrows where sent to me for me to be expelled, i just brushed it off, i said mum has started with this her spiritual things again. Dad also confirmed it, i still brushed it away.

At that time i felt my parents where too spiritual about too many things, until i had a dream, where i was to be expelled from school, the dream was almost so real. A month later i had a case with school, which meant expulsion. The prayers of my parents and some people were answered i escaped that case.

I asked my self who on earth have i offended?. Truth is you don’t need to offend anyone.

How do you explain Mordecai a gateman who is poor, but is hated by the second in command in the kingdom. Esther 5:9 Infact you don’t need to be successful to be hated or have enemies.

2. Talking about those who are successful, they say every new level has a new devil. A very close friend of my, who won a beauty pagent contest, was suddenly inflicted with a skin dieseas that drugs couldn’t cure, prayer was the cure.

Think about it, you’re in final year or currently  serving or have finished service, masters or working, imagine the evil forces working against you, but thank God for God. Remember devil goes to and fro looking for who to destroy. He cometh to steal and kill. That’s why  the bible says pray without ceasing.
3. You should pray because some things cannot go except by prayer and fasting.

Look some things might have gone your way, but there are some things, that can only go except by prayer and fasting. Matt 17:21
4. It is the master Key. Now at every stage in life you there will be different kind of doors, but not to worry, you have a master Key.
5. Lastly for breakthrough. Hannah’s story.

What should i pray for?? 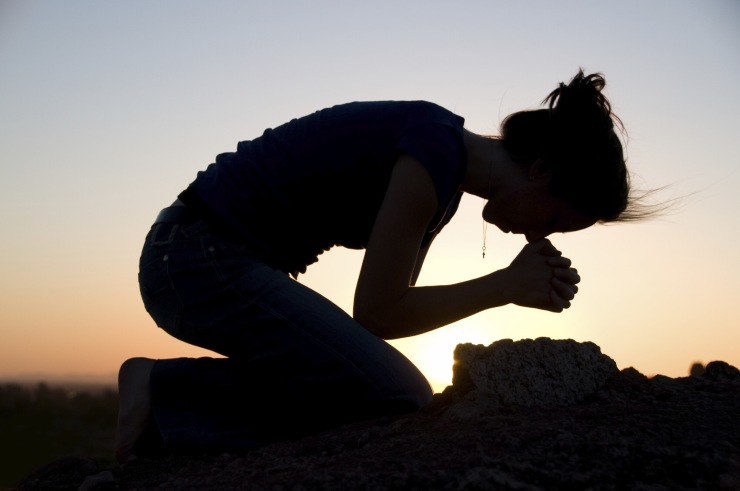 1. Oga Madam pray for yourself.

2. Pray for your future spouse, where ever he or she is. If you have already met them, pray that they get it right with God and that they don’t deviate. You might not have met your spouse now, but your prayer would have saved him or her from comiting a sin. Your prayer will go as far as saving them from an attack that would have caused a scar that will affect even you. Remember you will become one, so what affects them affects you.

3. Pray for your marriage. It’s not too early, there is prayer investment. Many people are divorcing everyday. You don’t want to be one.

4. Pray for your future children. Hannah’s prayer was part of what made Samuel a great prophet. I remember my friend in school who was caught twice, and they served him offence forms, yet nothing happened. I know he wasn’t prayerful, because he was my friend, it had to be the prayer of his mum.

6. Pray for the country.

She tells us how to talk to God about everything, the different kinds of prayer, keys to understanding unanswered prayers, knowing how to use the bible in prayers, how prayer can help you stay strong in life and a whole lot more.

I suggest you get this book. It will help build your relationship and communication with God and you’ll see that prayer is actually simple but yet powerful. It doesn’t have rules as some of us think.

Enjoy the rest of your day.