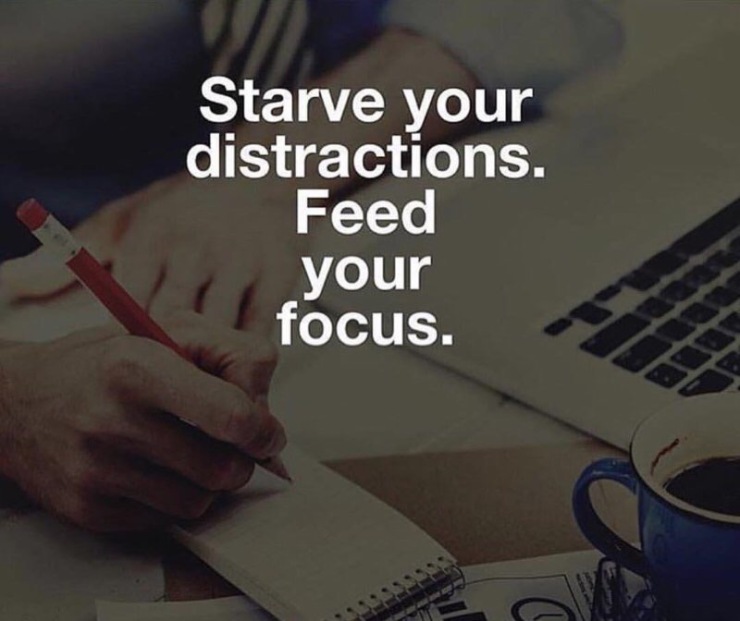 Let’s look at someone I regard greater than these great men mentioned above. He lived a similar life.

This is a true life story about a man who had Absolute Unbroken Focus.. He died so many years ago but the first time we read about him, he agreed completely to Murder. Yes Murder! Follow me, I’m taking you on a journey 🙂

It is recorded that S had one goal and he never let circumstances distract him from his goal in the two kinds of lives he lived. S is the only one I know so far who had to change his name because of how his past was when he finally saw the light. You might know him he wrote so many letters that are still presently helping to shape lives.

He had a different belief during his first life and his goal then was to kill and sometimes utter threats with every breath to torture and intentionally inflict pain on those who did not share his belief. Plainly, S was a bad guy.

I believe he had always been blind (knowledge wise) till he encountered a life changing moment which now made him indeed blind (loss of sight) then, he followed the instructions given him and regained his sight. This encounter made him become a messenger. His goal now was to ensure the message given to him reached all recipients. He became an ardent messenger because he was focused. This was when his name was changed.

Now, because of his past life, he faced challenges and got into several hostile situations which could have distracted him and made him loose his focus. Any man would have given up but I also believe his past life was part of his process and he definitely was trying to make amends.

We read about his life’s journey and how he was able to pull through every situation that opposed him. He endured physical hardships.

What I picked up from both lives he lived was that he was focused.

S was Saul of Tarsus, persecutor of the believers turned Paul God’s chosen instrument to spread the good news about Christ. The beautiful part of his story is that he finished his race. Focus made him accomplish his goal. His first belief is not a good example to follow so ensure you focus on his second belief. His story shows that God can change anyone.

Dedication, Character, Integrity and Hard work are what distinguish us so whatever work it is you find yourself doing, when next you feel like giving up, because of circumstances or the situations you find yourself in, let one of these great minds be an example.

Below are eight tips you can cultivate a habit of doing whenever you encounter challenges:

1. Don’t Overreact. Always be in charge of your emotions. Overreacting can make you make a bad decision.

2. Accept present moment reality. Everything is not always going to be the way you want it.

4. Practice detachment. People are not always going to like what you say or do so don’t be attached to any given result.

5. Don’t overanalyze. Don’t think too much about the situation. Worrying only makes you weak.

6. Accept Change. Nothing is permanent, that phase you are is only temporary

7. Don’t compare your lifestyle with others. Yow will only feel more frustrated.

8. Above all pray. Ask for strength to remain focused on the goal.

Paul in Philippians 3:13-14 said “Forgetting the past, I press forward”

Old victories are like ashes, beware lest they put out your fire and you become an ex-this or ex-that. Go fresh victories always!

2 Kings 2:9-15 summarizes that the journey to the top must begin with 100% determination to get there and that determination must never become 99%, even if your leaders think you have aimed too high.

Nehemiah 8:10 “the joy of the Lord is your strength”

At the end of race, every runner is exhausted. It is the joy of victory that gives the victor strength to run the victory lap. Don’t be exhausted for nothing: run to win.

Job 8:7 “and though you started with little, you will end with much”

No one ever moved from the valley to the mountain in one step. It is one determined step after another that took man to the top of Mt. Everest. Start small but don’t remain small.

2 Corinthians 9:6 “Remember this – a farmer who plants only a few seeds will get a small crop. But the one who plants generously will get a generous crop.

The law that what you sow determines what you reap is not limited to agriculture. It is a universal law of life. To reach the top, you must sow time and effort. To be No. 1, you must sow the most. To remain No. 1 you must sow beyond limit.

“Diligent hands will rule, but laziness ends in forced labor”

We have reached our destination.